Let's make a Bejeweled style game in Unity. For those who never heard of it, Bejeweled is a match-three game that was released in 2001 and later copied as the popular Candy Crush game (which pretty much makes this a Unity Candy Crush Tutorial, too).

We will focus on the core mechanics of the game. We will implement a 8x8 grid of Gems that can be swapped around. The goal is to always match at least three gems of the same type either horizontally or vertically.

The game will be implemented with less than 140 lines of code. And as usual, everything will be explained as easy as possible so everyone can understand it.

Our Bejeweled Tutorial will use Unity 5.0.0f4. Newer versions should work fine as well, older versions may or may not work. The free version of Unity 5 now comes with all the engine features, which makes it the recommended version. 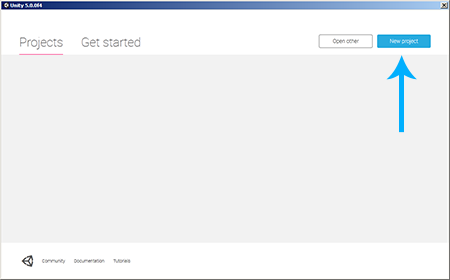 If we select the Main Camera in the Hierarchy then we can set the Background Color to black, adjust the Size and the Position like shown in the following image: 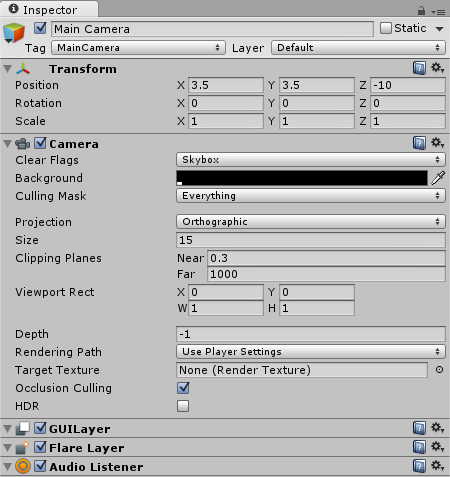 Let's create the Gems first. We will begin by drawing a 16 x 16 image of a blue Gem, just like this one:

Now we can select the image in the Project Area: 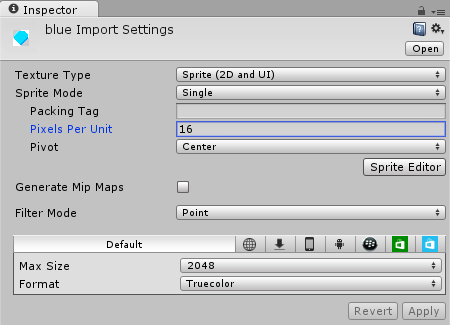 Note: a Pixels Per Unit value of 16 means that 16 x 16 pixels will fit into one unit in the game world. We will use this value for all our Gems. The other values like Filter Mode are mostly to balance the compression vs. the quality.

With the Import Settings set, we can now drag the Gem from the Project Area into the Scene, so that it's part of the game world: 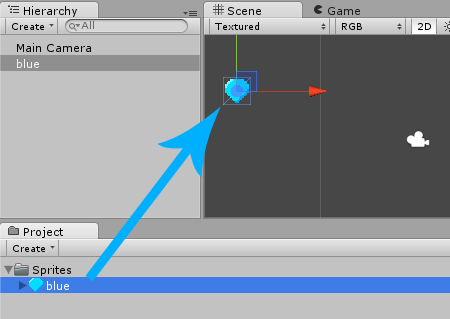 Note: the Gem image in our Project Area is just an image, nothing more. But once we drag it into the Scene, it becomes a GameObject with a position, a rotation, a scale, a renderer and all kinds of other components that we can add to it.

We will need all kinds of custom behaviours for our Gems. Custom Behaviors and most of the game logic are usually implemented with a Script. We can add one to our blue Gem by selecting Add Component->New Script, name it Gem and select CSharp for the language: 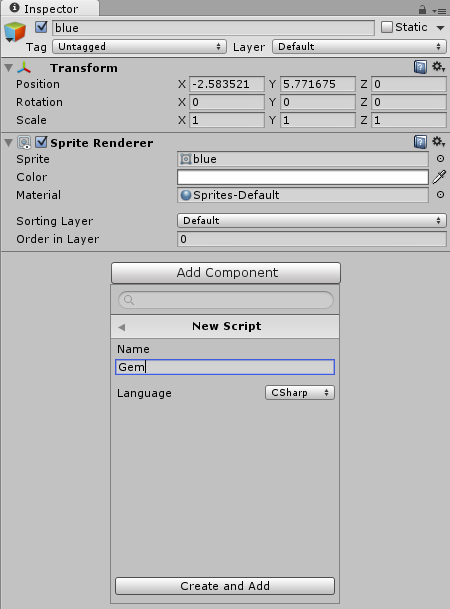 As result, we can see that the Script was added to our Gem: 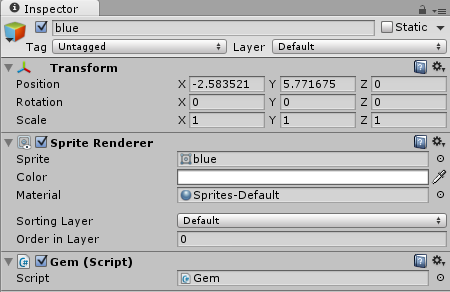 We can also see the Script in the Project Area. Let's move it into a new Scripts folder, just to keep things clean:

Afterwards we double click the Gem Script in order to open it:

We won't need the Start function, so let's remove it:

Let's add a function that allows us to find out if two Gems are of the same type. If we would just compare two blue Gems with ==, they would never be equal because they are different GameObjects. We only want to know if they are of the same Gem type, or in other words, if they use the same Sprite:


Note: if this is still unclear, imagine two Gems in a row. If we would compare them with == then they are unequal because they are different GameObjects on different positions and so on. However if we would compare them with our sameType function then they would be equal if they were both blue gems, or both red gems. They would be unequal if one of them was blue and another one was red. And whenever three Gems in a line are equal, then they are a match and can be removed from the game.

Let's also save the Script so that Unity can work with it.

We don't really want the blue Gem to be in the Scene from the beginning. Instead we want to be able to load it into the Scene whenever we want. Let's create a Prefab, or in other words: let's save the Gem in our Project Area.

All we have to do is drag it from the Hierarchy into a new Prefabs folder in our Project Area: 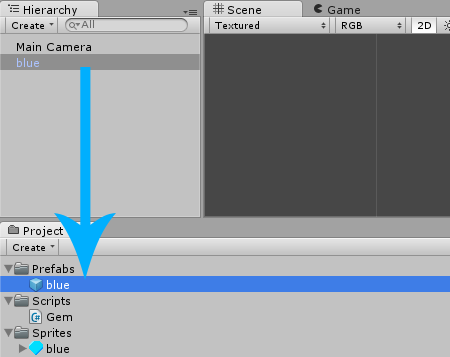 Afterwards we can right click the blue Gem in the Hierarchy and select Delete, so it's not in the game world anymore. But since we now have a Prefab, we can just drag it back into the Scene whenever we want, or use the Instantiate function in a Script.

We will need a few more Gems in our game. With the Gem Script already created, it's now really easy to create more Gem Prefabs.

We will use the same Import Settings that we used for the blue Gem: 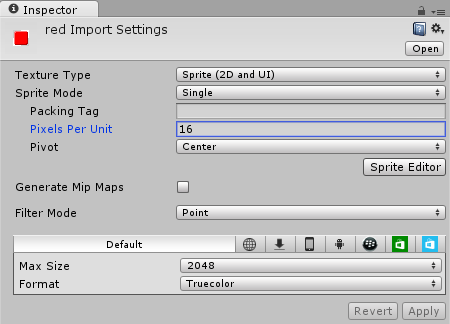 Now we can drag it from the Project Area into the Scene again, so that Unity creates a GameObject from it. Afterwards we select Add Component->Scripts->Gem in the Inspector: 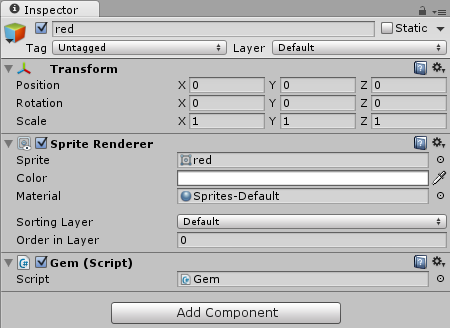 We will also create a Prefab from the red Gem, so let's just drag it from the Hierarchy into the Prefabs folder:

Afterwards we can delete it from the Hierarchy again, because we can now load the Prefab any time.

We will now repeat this workflow for the rest of the Gems:

The result is a Prefabs folder full of different Gems:

Alright, now that we have all the Gem Prefabs, we can spawn them into the game world. We will begin by creating a Grid Script that takes care of things like spawning, finding matches and solving matches.

It's only important that our Grid Script is in the game, it is not important what it is attached to. So let's just select the Main Camera and click on Add Component->New Script, select CSharp and name it Grid: 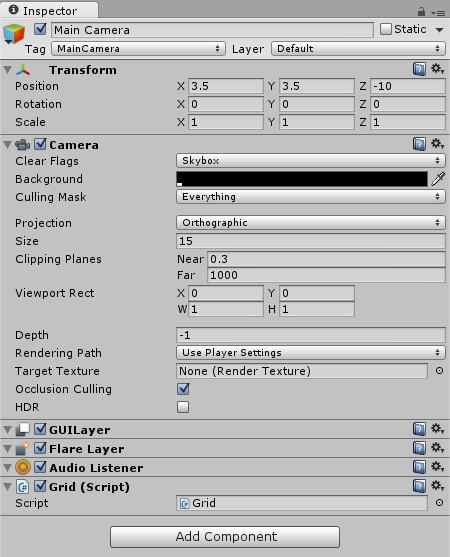 We will also move the Script into the Scripts folder, just to keep things clean:

Let's double click the Grid Script in order to open it:

We can delete the Start function, because we won't need it:

Let's add a width and height variable to control the amount of horizontal and vertical Gems later on:


Note: w means width and h means height. We will use 8 for both, so that in the end we get a Grid of 8 x 8 Gems. We made the two variables public static so that they can be accessed from any other Script by simply writing Grid.w or Grid.h. . . .