Okay, let's just jump into the cold water and get to the point. A variable is pretty much the same as a bottle: 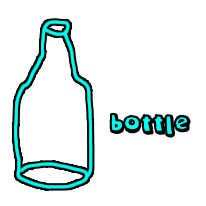 Since we can have more than one Variable, we will give each one a name like 'someVariable' or maybe even something short like 'n' or 'm': 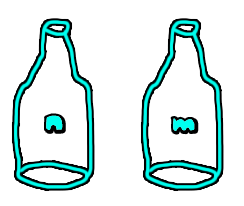 
Note: in C++ there has to be a semicolon after each instruction.

It's pretty much the same pattern all the time:

We can do some really cool things like this:

So what happens is this:

Note: C++ code is processed from the top to the bottom, one line after another.

To make our lives easier, C++ allows us to use the same variable multiple times:

If we look carefully, we can see that:

Note: when using a variable for the second time, we don't have to specify its type again (as seen in the above example).